Panel: The State of anti-Muslim Racism in Europe 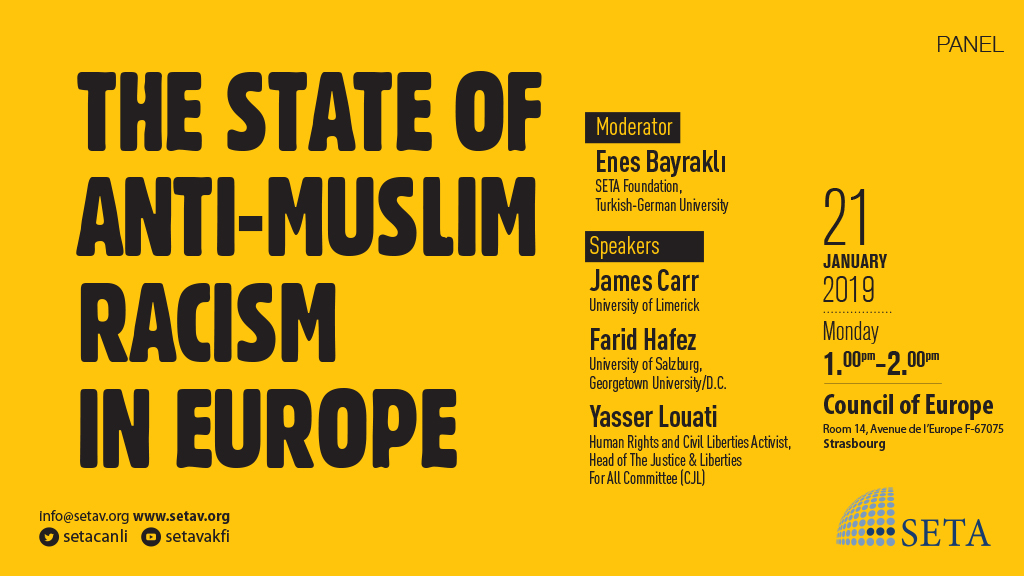 On January 21, 2019, member of Turkish Grand National Assembly and member of Parliamentary Assembly of Council of Europe Zafer Sırakaya (AK Party) will host the panel “Anti-Muslim Racism in Europe” at the Council of Europe in Strasbourg, France. During this event, the findings of the European Islamophobia Report 2017 will be analysed and discussed in detail.

Enes Bayraklı, the director of European studies at SETA and co-editor of the European Islamophobia Report, will lead the discussion in company of Farid Hafez, co-editor of EIR 2017 and author of Austria Report, as well as James Carr and Yasser Louati, respectively authors of the Ireland and France reports. In the light of current developments, the event will serve to draw attention to the rising level of Islamophobia in European countries.